A computer system or any SOC (System on chip) device with network interfaces uses routing tables to connect to other networks.  A routing table is system wide (tabular) configuration which take cares how the IP packets would be send to another system.

At a ubuntu machine, routing table looks something like below. Every entry says which Interface (Iface) would be used to send an network packet with certain IP. The machine in the snapshot has two network interface (eth0 & tun0).

The default route (0.0.0.0 in windows) is used for all the non-matching IP , i.e, All the internet traffic goes via default interface. A windows routing table looks like below. 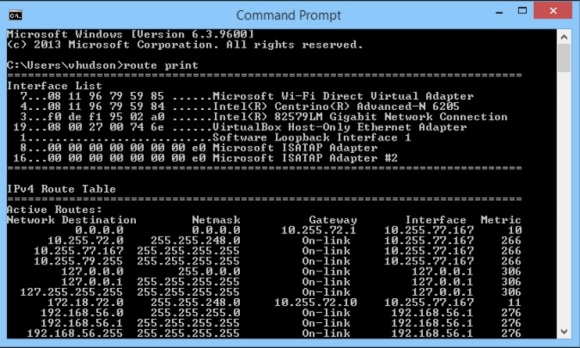 You reach internet server via multiple gateways, switches and routers. All of them have a routing table configured. Windows trace route command can tell which systems have been used to reach the internet server.

My name is Abhishek Kumar. I am a Software Engineer from India. I stay in Pune a city in south western India. Pune is a city known for IT services companies.

The main purpose of the writing this blog is to keep collection of my projects done by me.